Biography
Joe Bamford was born into a Catholic family from Uttoxeter in Staffordshire, which owned Bamfords Ltd, an agricultural engineering business.[2] His great grandfather Henry Bamford was born in Yoxall, and had built up his own ironmongers business, which by 1881 employed 50 men, 10 boys and 3 women. Bamfords International Farm Machinery became one of the country's major agricultural equipment suppliers, famous for its balers, rakes, hay turners, hay Wufflers, Mangold cutters, and standing engines, which were exported all over the world. The company eventually ceased trading in 1986.

After attending Stonyhurst College, Lancashire, Bamford joined the Alfred Herbert company in Coventry, then the UK's largest machine-tool manufacturer, and rose to represent the firm in Ghana. He returned home in 1938 to join the family firm, but in 1941 was called up by the RAF to serve in World War II. Working in supply and logistics, he returned to the African Gold Coast, to run a staging post for USAF planes being ferried to the Middle East.[1]

On return home in 1944, Bamford initially worked for English Electric developing electric welding equipment in Stafford. A short return stint with the family firm proved too stifling, and his Uncle Henry released him, saying he thought Joe had "little future ahead of him."[2] After selling Brylcreem for a short while, in October 1945 Bamford rented a 10 ft (3 m) by 15 ft lock-up garage for 30 shillings (= £1.50) a week, and made a farm trailer from scrap steel and war surplus Jeep axles, using a prototype electric welder bought for £2-10s (= £2.50). He opened for business on the day his first son, Anthony, was born,[2] and sold the trailer for £45 and a cart, which he also repaired and sold for another £45.[1]

Having no interest in taking over rival businesses, his philosophy of: "Focus on what you do best, be innovative, and re-invest in product development and the latest manufacturing technologies;" resulted in a series of market-leading innovations:
With exports starting to the United States, profits escalated from 1960 onwards. JCB won seven Queen's Awards for Exports as its sales spread to more than 130 countries around the world, while Bamford himself was awarded a CBE for Services to Export in 1969.[1] In 1993 became the first British citizen to be honoured in the Association of Equipment Manufacturers Hall of Fame and remained the only British inductee until his son Anthony Bamford was inducted in 2008.[3]


Marketing
What made Bamford different from many engineers was that he was also a marketeer. Bamford personally demanded to know daily from his staff how many "JCB Yellow" vehicles were off the road awaiting spares. Bamford created an image that JCB's were there to work, and if an owner-operator’s machine was down, then Bamford wanted to know about it—which gained him 95% of the owner-operator market in the UK.[4]

Bamford placed a 12 V socket into the cab of his vehicles, and delivered the first 100 personally, arriving in his Rolls Royce with number plate JCB1. One of the first Learjets in Europe was purchased to fly in non-UK customers (the fleet has since got larger[5]), who were met by another European first, a stretched Cadillac with the same number of seats as the jet. Bamford also conceived the "dancing diggers," whose 1999 display in Las Vegas stopped the gamblers.[2]


Personal Style
A non-smoking teetotaller, who was so careful with his money that he claimed his wife still made their own curtains, Bamford worked from 09:00 until 23:00 every day. He saw his role in life similarly to that of his religious predecessors, the Cadbury and Lever families. He built Rocester along the lines of Bourneville and Port Sunlight into an effective marketing home for the company, and an efficient production centre and a virtual "home" for his employees. He saw no need to recognise Unions. The Rocester works were surrounded by 10,000 acres (40 km2) of landscaped grounds in which his company's employees could shoot, fish, swim, and sail.[1]

Bamford paid more than fair wages, which rose regularly, and annual bonuses based on reports of individual worth. In 1967 Bamford stood on a farm cart and handed out personal cheques totalling £250,000. This extraordinary focus in return gave unprecedented levels of workforce flexibility, with the average JCB employee through the strike-dominated 1970s and early 1980s being seven times more productive than the average British manufacturing worker.[1]


Retirement
In 1975 Bamford and his wife Marjorie (née Griffin - married 1941) handed over the business to their two sons,[6] and retired to Switzerland as tax exiles. He continued to design both boats and diesel engines. Bamford was awarded the honorary degree of a Doctor of Technology from both Loughborough University in 1989;[7] and Keele University in 2000.[8]

Bamford died in a London clinic on 1 March 2001.[1] At his death, JCB was the largest privately owned engineering company in Britain, employing 4,500 people and manufacturing 30,000 machines a year in 12 factories on three continents. It had revenues of £850m in 1999, earned from 140 countries.[2]

His portraits by Lucinda Douglas-Menzies and Leslie Smithers (whilst he was still the head of his JCB Empire) sit in the National Portrait Gallery.[9]sl 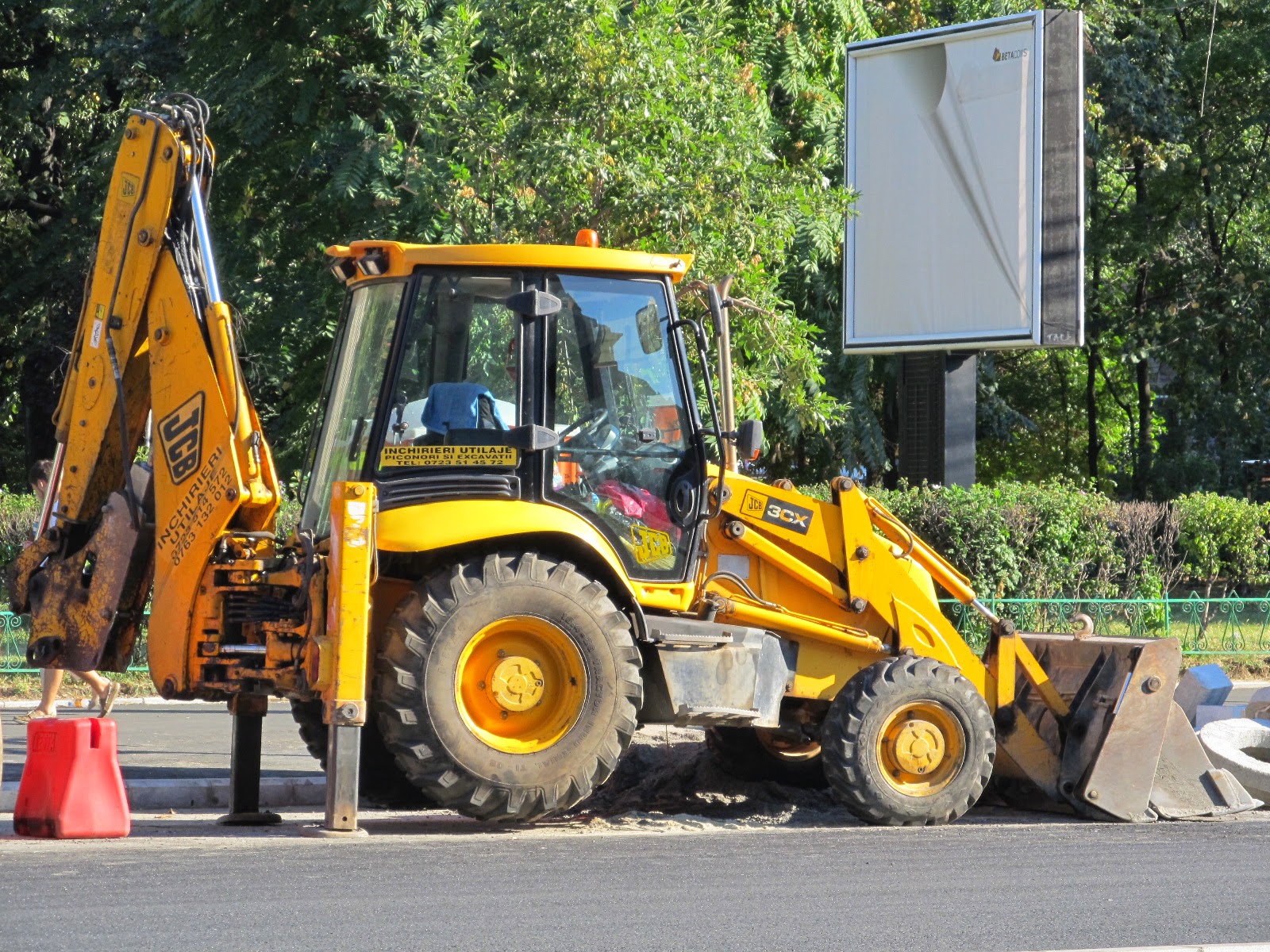 You've no doubt seen some of the distinctive, trademark yellow JCB equipment (pictured right) engaged in construction work some time in your life, well those JCB vehicles were the result of Mr Joseph Cyril Bamford designing good vehicles, manufacturing good vehicles, and marketing good vehicles.  It's the whole trio that's made JCB a worldwide name.  A three legged stool on which his success is built you could say!

Like Henry Ford, Cyril Bamford had a good engineering brain, which he made good use of when designing his equipment.  Again like Henry Ford Bamford also treated his workforce very well: he looked after them, paid them above average wages, and rewarded them as well (a paternalistic way of running a business, in contradistinction to the Libertarian outlook which is system oriented rather than people oriented).  And finally he had a good nack of getting his ideas out there in the wider world, by painting them a distinctive yellow colour.  This made his company well known to both the construction community to whom he sold his products and the general public as well, allowing his company to grow and grow.  All three of these attributes are what made him successful.  And it's these three attributes that allow us to benefit (in the various civil engineering works) via an improved quality of life (well maintained roads & transportation, utilities, etc), even if we have absolutely nothing to do with JCBs, plant machinery or engineering.


[End.]
Posted by AAB at 17:12
Email ThisBlogThis!Share to TwitterShare to FacebookShare to Pinterest
Labels: Men of Yore